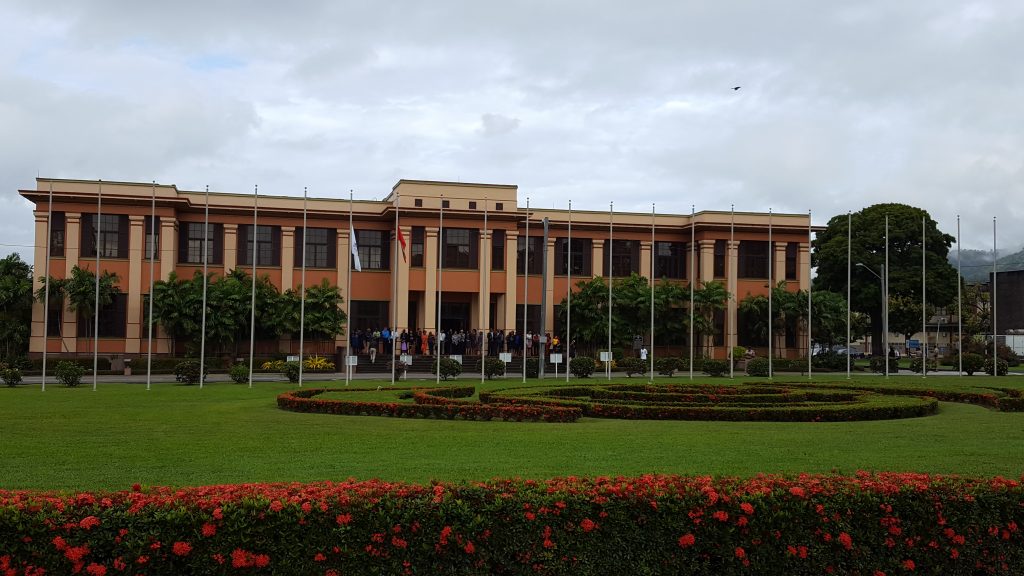 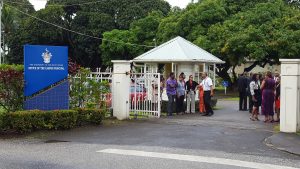 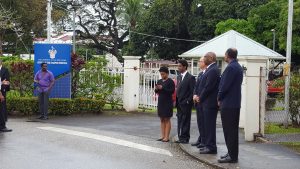 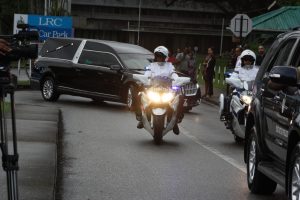 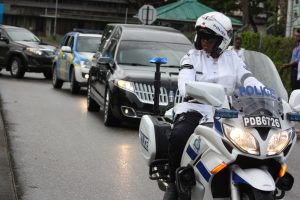 The procession as it approaches the Office of the Campus Principal.

Today January 16th, 2018 as part of the observances to honor our late President, the hearse bearing the body of George Maxwell Richards was driven around the St. Augustine campus of the University of the West Indies (UWI). As the procession stopped at key points such as the Office of the Campus Principal and the main Administration Building, staffers saluted or placed their hand on their hearts.   Those who worked with President Richards, then Professor Richards, commented that they were beginning to get emotional. 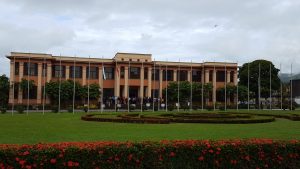 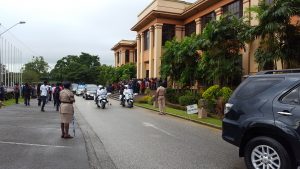 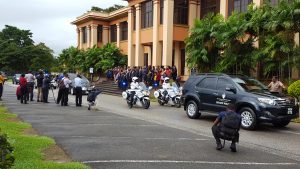 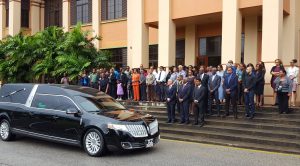 The fourth and former President of the Republic of Trinidad and Tobago, George Maxwell Richards, died at the age of eighty (86) years old on the 8th of January, 2018 of congestive heart failure. Those who remember him say he was a President for the people. He was very humble and down to earth and some describe him as a giant of a man.

President Richards, was tall in stature as he was indeed a very tall person. He loved the culture of Trinidad and Tobago and so was very comfortable playing the role of masquerader in any one of the more popular Carnival bands.  The media did not fail, of course, to capture him, glass in hand, at any of the Carnival fets he attended. The current Principal of the University of the West Indies (UWI) is reported to have said that Max Richards invented the All Inclusive Model or way of fetting, while he was Principal of the St. Augustine Campus.

Call him Professor Richards or President Richards, he served our country proudly where ever he went or whatever he did. As the military escorted the hearse through the Campus gates, George Maxwell’s body left one of the places he loved for the very last time. Professor Copeland then led those in attendance in signing the condolence book. 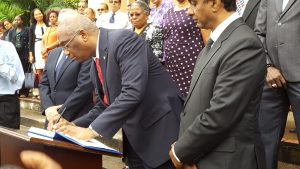 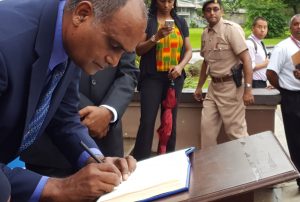 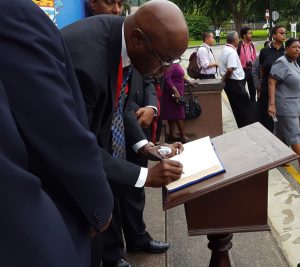 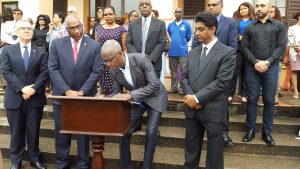 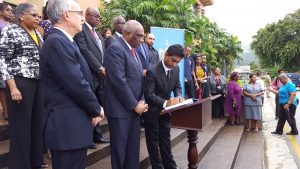 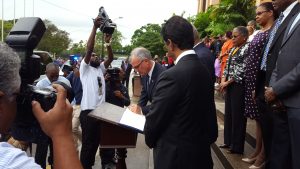 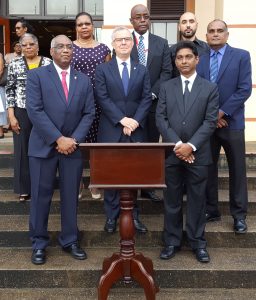 In 2016 Imagefingerprint also covered the funeral of the late Patrick Manning, former Prime Minister. Feel free to read that story as well. https://imagefingerprint.org/2016/07/highlights-funeral-for-an-honourable-former-prime-minister-mr-patrick-manning/