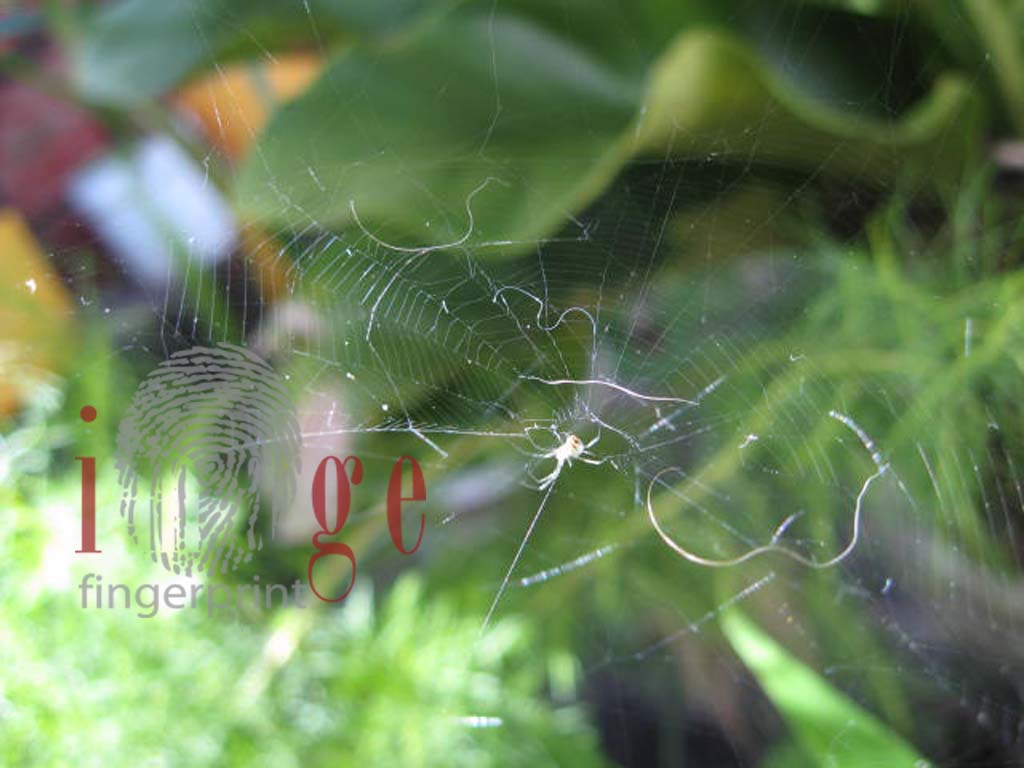 With the crime rate being what it is, it can sometimes be unsafe to take your camera out. I heard of two visiting photographers who were robbed at Forth George which is a landmark in Trinidad for both locals and tourist alike. Needless to say all their expensive equipment and priceless photographs were taken away.

What I try to do is look for new subjects in the back yard and just when I thought I had run out of ideas “along came a spider” no pun intended. I learned from my readings that some spiders do not build webs at all and should you come upon a spider’s web and there is no resident spider, you are actually looking at cobweb. Be it spider’s web or cobweb this magnificently crafted piece of work is woven by a spider out of spider’s silk.

One of the most difficult things to photograph is a spider’s web or cobweb and I had to try several angles and I used the macro feature on my digital point and shoot as I found using the SLR Challenging. Because it was mid morning it was very windy and their was a lot of light. I had to work around those two by blocking out some of the extra light and actually shooting when the wind died down.

I did manage to get some shots of cobweb, that had formed on an old clothes clip on the clothes line and some of an actual web between some plants in the grow box. NEVER A DULL DAY WITH PHOTOGRAPHY !!!!!!!!