Do contract workers have rights? One has to ask the question in the face of  the many matters arising out of  employers unknowingly or intentionally, trampling on the rights of such workers. There was a time when a permanent job was common and desired by all workers. Employees, particularly in the Public Service, looked forward to the benefits of working for some thirty-three years, in some cases and then upon retirement receiving a gratuity and pension.  Today however, those workers are gradually becoming fewer in number and are being replaced or in some cases are working side by side with Contract workers. 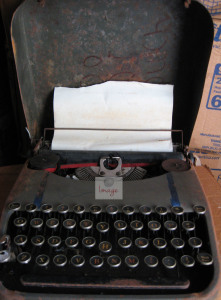 Contract workers are said to be employed on Fixed Term Contracts (Contracts for a specific period and specific function/s) or even temporary contracts which are usually for a period shorter than those of the Fixed Term arrangement. Usually, their contracts are classified “Contract of Service” meaning they are actually employees. However, unlike permanent workers they do not receive a pension but a gratuity upon successful completion of their contracts. The areas under which these workers are employed are becoming more cloudy and as a result, the Industrial Court (in our local jurisdiction) is having to adjudicate over matters brought before it in this regard.

In an effort to decrease their pension budgets, employers whether Government or Private, hire Fixed Term Contract workers and do so having them work successive contracts, without interruption. Whether either party knows it or not, what you have then is a permanent employee, one that cannot so easily be terminated even if the employer argues that the contract was for a fixed period of time. Further to this, that worker’s contract cannot be varied without consultation. That is to say, the employer cannot give that worker a new contract with different terms and conditions especially if they are less favourable.

Most recently the story is told of a Contract worker, who for several years, worked under a Fixed Term Arrangement. Upon the completion of that worker’s contract, the worker was given a new contract which upon close examination, was found to be drastically changed. The worker refused to sign and the employer refused to revert to the old contract. Despite the fact that the worker continued to work, he was not paid as a consequence of refusing to sign the new contract which was not in the worker’s favour. Ironically enough this worker is a member of a Trade Union and is employed in a unionized environment.

The court frowns on this kind of behavior on the part of the employer. Contract workers have rights under the Law once they are classified as workers according to the Industrial Relations Act. They are also protected by the other Labour Laws which govern as well.  The International Labour Organization (ILO) the global organization that promotes not only the Decent Work Agenda ( https://youtu.be/mZpyJwevPqc ) but also the highest Labour Standards is highly opposed to worker injustice and Trinidad and Tobago has ratified some twenty-two (22) of the ILO’s Conventions and yet workers and more so Contract Workers continue to literally slave.

The question must be asked,  where are Contract workers to turn, when they find themselves grappling with adverse conditions and need help when their rights are being trampled on? I hope to explore this and other Industrial Relations Topics in the future and hope sincerely to help workers in general by these blogs. In the mean time I have placed some links below (if any do not work copy and paste then into your browser) that may be helpful. Feel free to contact me if you have any questions.